A bungee Jump after the ceremony was conducted…and no, not a wedding I expect to see many repeats of...but I cannot say that it wasn't fun! Once I'd got over the trauma of the height when we had a visit a few months before the day, I actually really enjoyed being up there...although the risk of me jumping was absolutely zero!

Dave and Nat were from south of the border, and decided to get married up here in Perthshire in part because they just really love it, but also because they cannot have a Humanist wedding in a meaningful place and way for them at home in England.

I don’t know the numbers, but between us all the Celebrants of the Humanist Society Scotland must do load of ceremonies for folk who have come here especially to have a Humanist wedding, write their own vows and make the ceremony what THEY want it to be, rather than what anyone else says they should have...and if that includes jumping off a platform together as your first act as a married couple, then I say go for it!

Posted by Jane Bechtel at 08:40 No comments:

Welcome to my blog where you will find information about the Humanist Society Scotland ceremonies I conduct.
This is less a promotion page and more an information point, and I try to add to the ideas, articles and information as I go along and if you find something inspiring that I should have on here, do send it on.
I've been a Registered Celebrant with the Humanist Society Scotland for 13 years, and conduct same sex and opposite sex marriages as well as civil partnerships in Scotland under the 2014 legislation.
I hope you find some of this useful, and feel free get in touch if I can help with any aspect of your day - whether your ceremony is with me or not!
Best wishes, and enjoy your browse. J 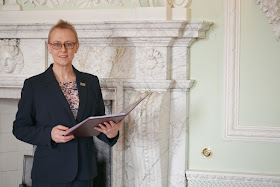